WE LEAVE THE CITY… 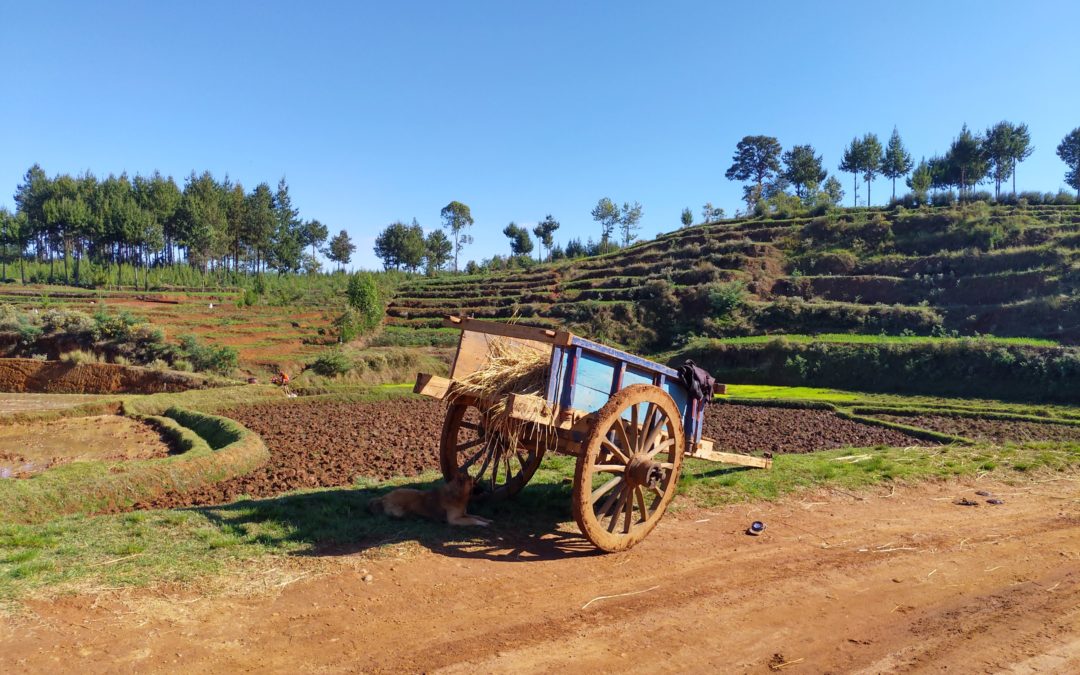 We leave the traffic jams and pollution of the capital, heading south to the highlands and its inhabitants the Betsileos. The crossing of the rice fields region leaves us speechless, as the landscape of a thousand shades of colour seems to come from a work of art. 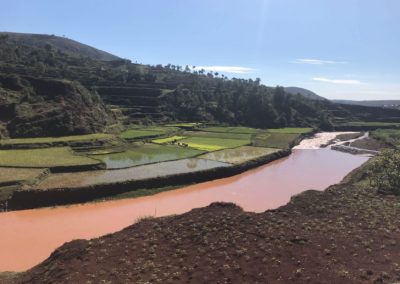 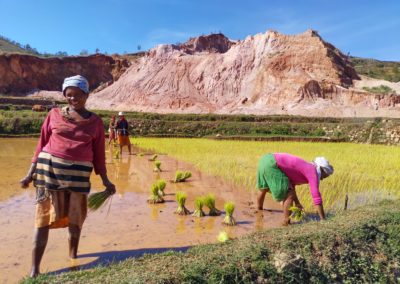 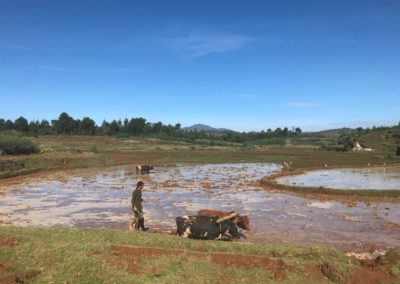 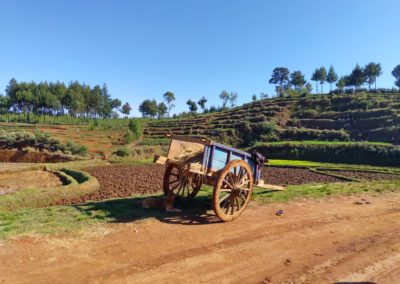 Our objective and destination of the day is to meet and discuss with Mr Sylvain, our advisor and support in the permaculture project, as well as to spend the night in his tourist cottage. The day was full between the discovery of his holistic universe, he himself being also a traditional practitioner, astrologer (equivalent to a druid), and then the arrival on the site of his cottage, entirely designed Feng-shui, without running water or electricity. We had a good time around the fire, before having dinner together and a long evening to discuss.

After a short but very relaxing night, and a shower in a tub of fresh water, we left for the remote village, where we wanted to set up the permaculture project. For this project, Mr Sylvain, our adviser, makes us aware that the involvement and commitment of the inhabitants are essential for the success of this project. Arrived on a hill with the 4×4 vehicle, there is still the descent on foot in the valley and the crossing of the rice fields, to reach our goal.

Residents come to meet us to help us transport the two large bags that are intended for them. Once we have reached our destination, we greet the various people in charge of the surrounding hamlets who came for the occasion. After the rigorous presentations, we sit down at the table to give everyone a chance to speak, in order to know their needs and expectations. 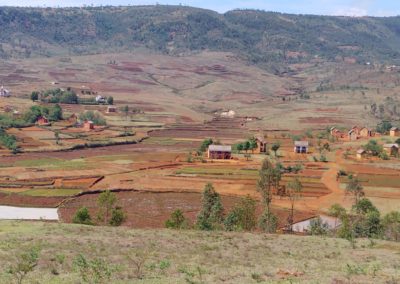 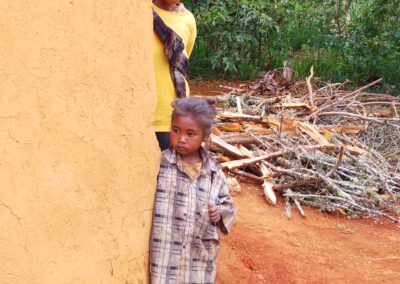 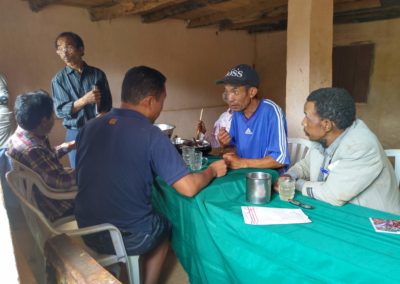 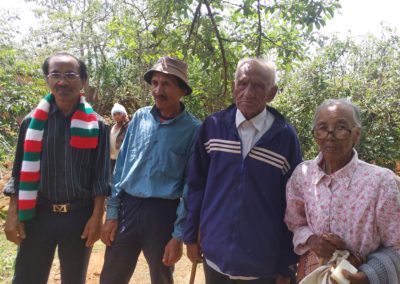 It quickly emerges that the current way of working, with traditional agriculture, no longer corresponds to the needs of the population, and that changes must be made. The transmission of skills, through training, the establishment of agroforestry, the creation of compost systems, the establishment, in specific areas, of effective local plants to combat erosion, are some possibilities to start. During the discussions, other issues were also raised by the representatives of each hamlet.

For each problem, Mr. Sylvain finds an effective and natural solution for them. At the end of the discussions, we realize that they are conquered and ready to make efforts for the successful implementation of permaculture in their region. It is a long-term project, where patience is required, but all the factors are present to achieve this common goal. The stages of the project will be established by Mr Sylvain, and we will be sent for approval and validation. Madagascoeur is committed to supporting this project, which concerns 500 to 600 inhabitants, so that in the long term, the population can live well and completely independently. Ideally, the transfer of knowledge and skills could then be established to other surrounding municipalities.

Before leaving the village we proceed to the distribution of the wool hats made with heart by our fabulous volunteers. Each villager receives one, we have thought of each of them. Nearly 300 caps will be generously distributed in total. 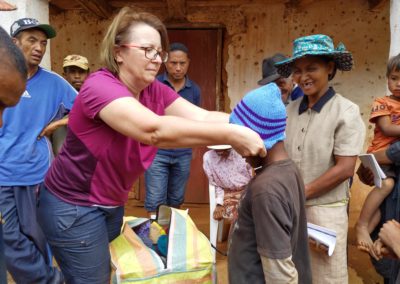 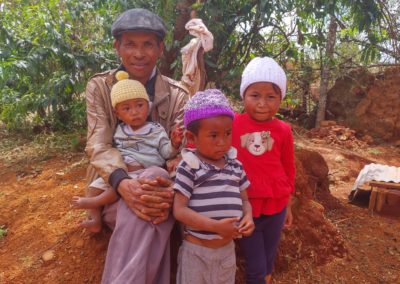 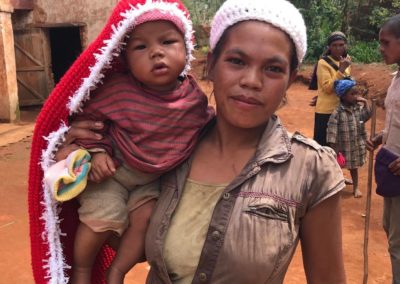 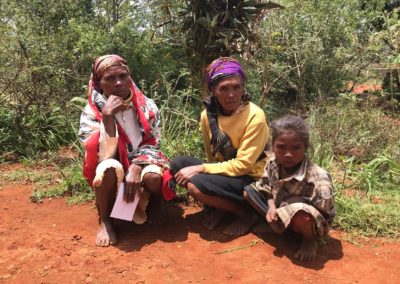 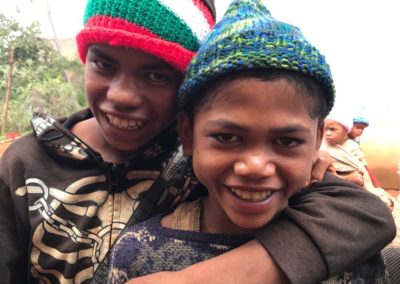 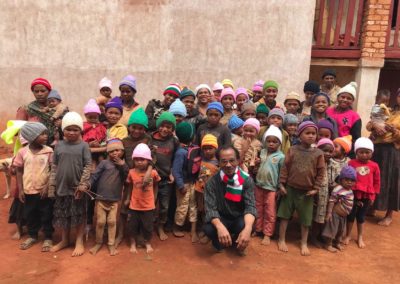 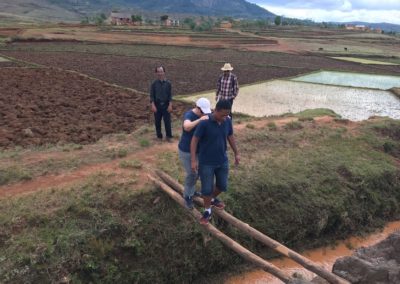